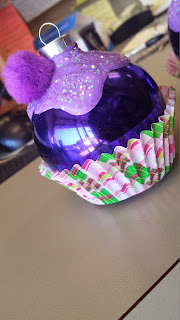 I was on pintrest last night, laying in bed trying to go to sleep (well, on the couch since little Jack Jack is in a "I do not want to sleep in my crib only in my swing" mood)  and I came across a very cute "Cupcake Ornaments" tutorial. I also had everything I needed to make them....So, as any normal person would do, I got up and as quietly as I could so as not to wake the baby, I made these! 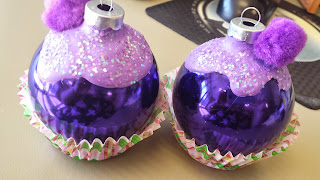 The ones I saw online were pink, and they had real sprinkles, however, after searching my kitchen, I could not find my sprinkles. I will have to find them tho, because I really do think that these would look better with them on it, instead of my sparkle and glam. 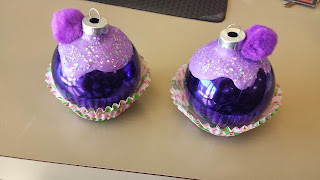 ﻿
Additionally, I need red pompoms for the "Cherries" as these didn't really work as well as I wanted them to.
So, uber quick tutorial:
glass/plastic bulbs
acrylic pain in the same/opposite color
sparkles or sprinkles
foam/paint brush
pompoms
Cupcake liners
I globed a bunch of paint on the top and tried to make it look frosting as much as possible. I did it thick so that it gave it some dimension and then while it was wet, added the sparkles.
I pulled out the hot glue gun and glued the cupcake liner to the bulb, and the "cherry" pompom to the top.
And....that's it! Super easy!
I am going to re-make these using real sprinkles and getting some red pompoms for cherries and I think maybe try a red bulb with white "frosting" and call it Red Velvet Christmas Cake...
Or maybe, blue with pale Pink "frosting" and sparkles and call it Tiffany Blue box Cake...
Or....
Or....  Or......
at November 14, 2013

Buffalo Ranch Tuna Cups So, I am not a huge tuna eater. I'm more of a steak, chicken, and seafood chick (well, aside fr... 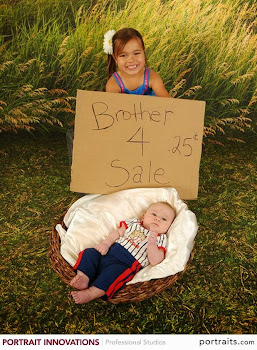 Follow by Email! Get the latest blog updates via your Inbox!!